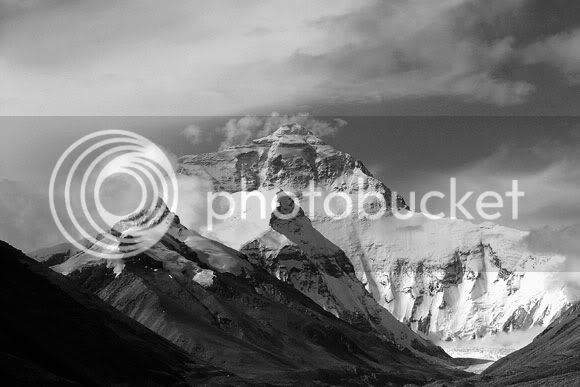 In 2006, a lone climber attempting the summit of Mount Everest for the third time was, purely by chance, caught in an amateur photograph taken by another climber of the scenic mountaintop ahead. The climber in the photograph was making his way up what is known as the Final Push of the Northeast ridge, between Camp VI at 8,230 m and the summit. It was late in the afternoon, a foolishly reckless time to undertake the lengthy and dangerous route.

It would be many hours before the the photographer and his climbing team saw the man again. Leaving the camp at the recommended time, shortly before midnight in order to reach the summit at daybreak, they were first in line of a total of roughly 40 climbers attempting the Final Push that day. A long train of men, all tethered to the lengths of rope permanently in place to keep climbers on the right track. 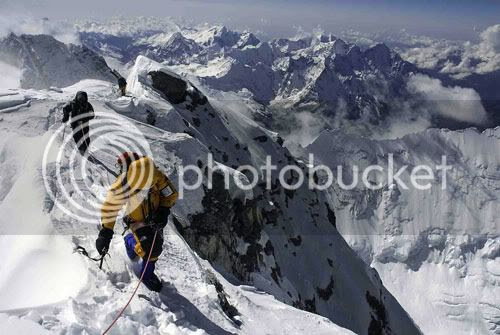 For decades, this rope had taken climbers within a few feet of what became known as Green Boots cave. A small limestone overhang located at 8500 m, it was already infamous among climbers for the same reason it earned its nickname. For the past ten years, the body of a climber who died in 1996 has been a grim landmark for every climber of the Northeast route, lying curled up in the fetal position, wearing fluorescent green mountaineering boots. 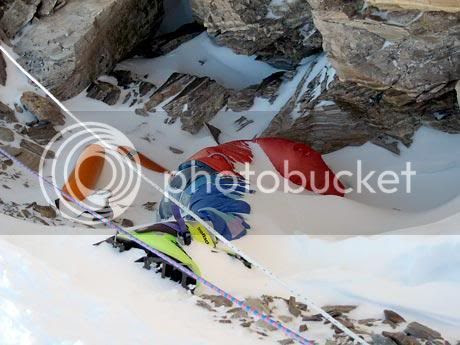 This morning, however, Green Boots had company. Sitting no more than two feet to the left of the corpse was a man who at first glance appeared to be dead. His gloved hands were on his knees, his hood and hat cast his face in shadow. The only feature visible was the man's severely frostbitten nose, already a greenish black hue. On closer inspection, the vapor from the man's breath could be seen rising.

What happened next entered the folklore of the highest mountain on earth. Every man interviewed gives a different story. What is certain is that every single one of the 40-odd climbers attempting the summit that day left the man in the cave, whose name was David Sharp, to freeze, either by choice, by ignorance, or by misjudging him as a corpse they already expected to see in that infamous cave.

While chilling in itself, the incident pales in the bigger context of the deadliness of Mount Everest. For every ten climbers who have ever reached the summit, the mountain has claimed one of them. In the 56 years since the first men in history reached the top, 216 people have died, and the grim reality of the horrific conditions of the Final Push is that 150 bodies have never been, and likely can never be, recovered. They are all still there, and located, almost without exception, in the Death Zone. 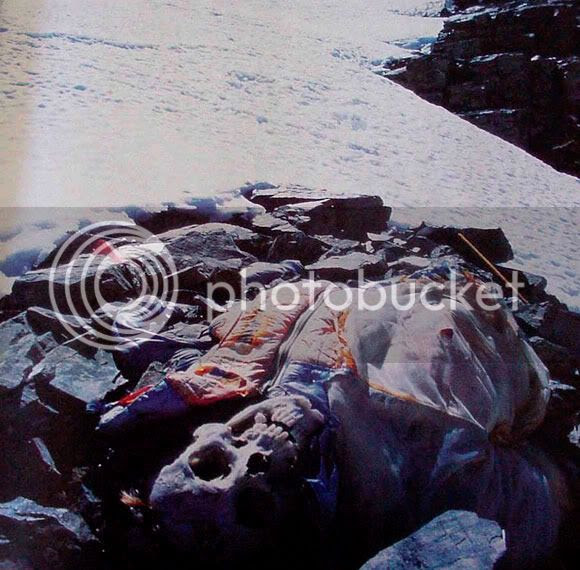 Above a certain altitude, no human can ever acclimatize. Known as the Death Zone, only on 14 mountains worldwide can one step beyond the 8000 meter mark and know that no amount of training or conditioning will ever allow you to spend more than 48 hours there. The oxygen level in the Death Zone is only one third of the sea level value, which in simple terms means the body will use up its store of oxygen faster than breathing can replenish it.

In such conditions, odd things happen to human physical and mental states. A National Geographic climber originally on Everest to document Brian Blessed's (ultimately botched) attempt at summiting, described the unsettling hallucinogenic effects of running out of oxygen in the Death Zone. The insides of his tent seemed to rise above him, taking on cathedral-like dimensions, robbing him of all strength, clouding his judgement. Any stay in the Death Zone without supplementary oxygen is like being slowly choked, all the while having to perform one of the hardest physical feats imaginable. 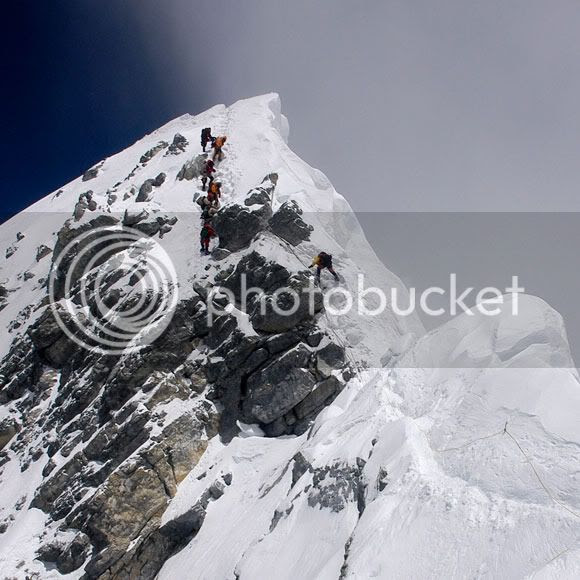 Lack of oxygen and treacherous terrain are not the only challenges on Everest, however. Ascents are very rarely attempted outside a very short window between May and June when conditions are at their absolute best, with average temperatures of -27 degrees celcius, and 50 mph winds. But Mount Everest is so high that the top actually penetrates into the stratosphere, where winds known as Jet Streams can flow up to 200 mph, driving temperatures down to minus 73 degrees celcius.

The case of Hannelore Schmatz is an infamous one. On October 2, 1979, after a successful summit, and for reasons unclear, she died of exhaustion 100 meters short of reaching Camp IV. For years, any climber attempting the southern route could see her body, sitting, leaning against her backpack with her eyes open and brown hair blowing in the wind. Despite being so exposed and so visible along the well-trodden climbing route, rescue operations are virtually suicidal in the Death Zone. A Nepalese police inspector and a Sherpa who tried to recover Hannelore's body in 1984 both fell to their deaths. It was finally high winds that blew her remains over the edge and down the Kangshung face. 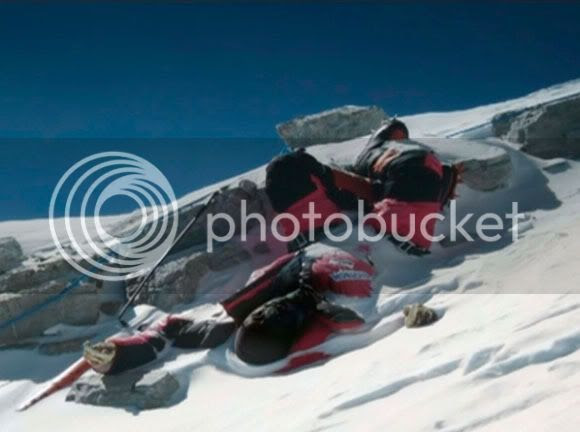 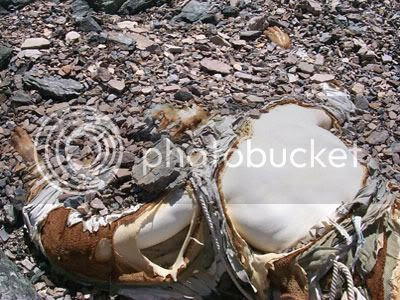 No study has ever been done on the causes of death on Everest, what it is that makes people sit down and give up sometimes within shouting distance of safety. But climbers refer to a kind of confrontation with fear that they experience at a certain point up the mountain. The realization that, not only will you not be able to help anyone else in trouble, but if you mess up, in any way, no one will likely be able to help you either.

Media term it "summit fever", the apparent callousness that drives mountaineers to disregard ethics on their Everest ascents, sometimes literally climbing over dead bodies to reach their goals. But whatever the preparation and outlandish cost, perhaps it's not simply ruthless determination that makes someone abandon their team mates, and yet still have the energy to summit. In such alien conditions, utterly hostile to human life, climbers might face their own mortality. Under the spectre of pure, unadulterated fear, they must realize that they are beyond help as well as beyond helping anyone else.

If they don't, they fall among those who never leave, abandoned on Everest. 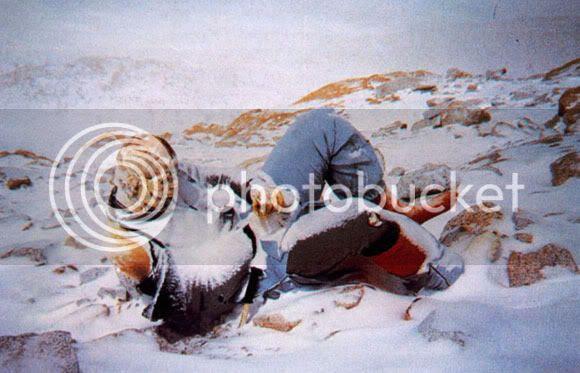 new blog with some of my writings on assorted topics i find interesting. maybe you will too.